While the swamps of north east Florida are always mysterious, dawn is particularly so, as this photo from 2013 attests. 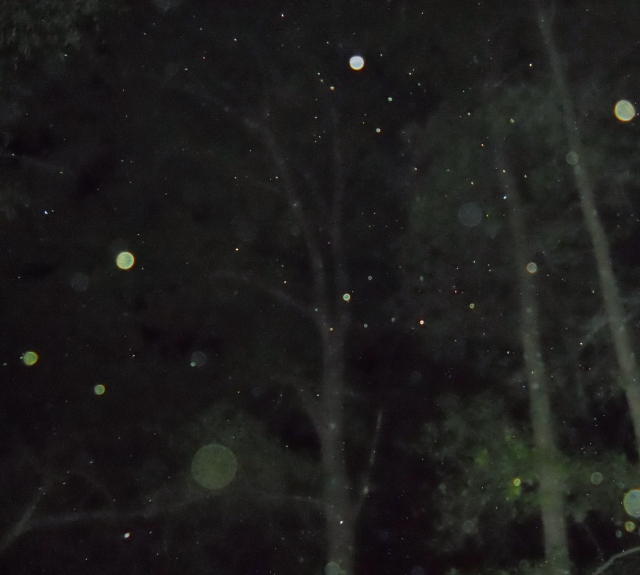 First (early morning) of November, the temperature is dropping. 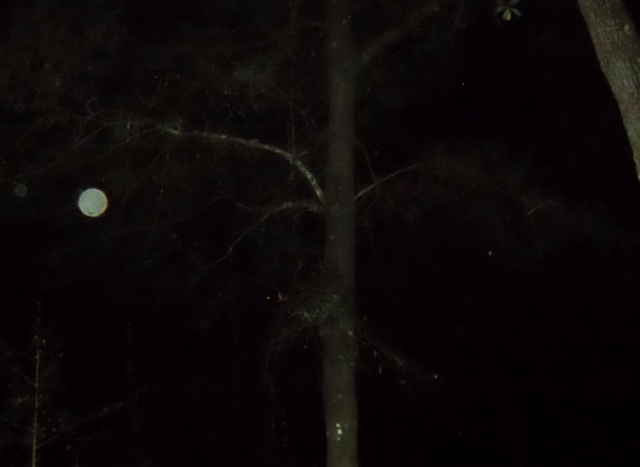 2AM All Hallows November 1 ⓒBearspawprint2014

2AM All Hallows November 1 ⓒBearspawprint2014

Corky’s deer were watching me through the fence. The camera flash reflected from their eyes. I lightened the image so that you could see the faint outlines of their bodies. I could not see them, and they knew it. Dunno how they know when I can see, and when I can’t. Still, that bit of knowledge allowed me to take a picture of the group. They didn’t scatter because they assumed (assumptions are never a good idea) that as a visual predator rather than a nose predator, I didn’t know where they were. Fooled ’em.

The center branch of my garden path, at night, illuminated by the flash. July 30, 2013

Night, faintly glowing lichen on the trees with a light mist. July 30, 2013

The humidity was causing bits of condensation on the lens that caught the flash. “Lens flares”, Roy tells me they are called. Not orbs. Sigh. Huck, Dear Son II, has seen orbs and other phenomena, in these woods, and elsewhere. I’ve seen some interesting things also. Do hope these Lens Flares don’t mind being called Lens Flares. In another image, Roy thought it was the moon. Nope. Not the moon. On the wrong side of the foliage on an overcast night. I meant to place that image where I could easily find it, so it is therefore in an unknown file. Dunno where it is. I’m too tired to hunt anymore now. Later. It is time for Night Creatures, like me, to rest for a little while. Good Morning.