In 1941 the largest single massacre of the Holocaust took place at Babi Yar, a ravine in Kiev.
In just 2 days almost 34 thousand Jews were murdered by a team of German SS troops, other German units, and local collaborators.

Are such massacres a thing only of the past? What horrors are secretly being perpetrated and hidden now? Yesterday? A month ago? Last year?   … Tonight?  … Tomorrow?

Did darkness exist alone before there was light?  Has there always been a  BALANCED chaos of waiting?
DAY ONE DARK –Interstellar OST– Hans Zimmer
6min. 57sec.
EpicJennyni20 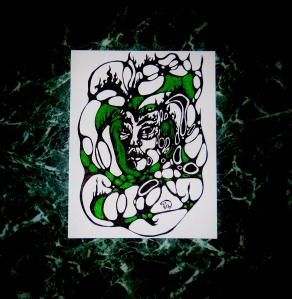 MADDIE HAS CHOSEN THE THEME: POSSESSIONS AND THE POSSESSED FOR THE CHRISTMAS DAY MUSIC THEME.  EARLY OR LATE PUBLISHING IS ACCEPTABLE. MADDIE SAYS “LET THE POSSIBILITIES MANIFEST”

← The Gift Of Art
______________________________
“Our planet, even our galaxy, is like tiny speck of sand on an immense ocean beach, perhaps without end.
In 1996 astronomers pointed the Hubble Space Telescope at what appeared to be absolutely nothing and left it there for 10 days; and then, in 2004, they did it again for 11 days.  This time they pointed the Hubble toward another seemingly black, empty nothing area.
Tony Darnell describes what Hubble revealed in those areas of nothingness.  they made the images Hubble recorded into a 3-D presentation.  Remember the speed of light is 186,000 miles/second.  when light travels at that speed for an entire year, that is equal to one light-year.  the meaning of what Hubble found is beyond comprehension.”
4min.16sec.

It was my turn to choose the Music Theme for this week. The theme is HUNGER.

I decided to limit myself a few longings that cannot be satisfied by ordinary means. Two questions I posed to myself:

What of HUNGER cannot be eased or satisfied by ordinary means?

Does everyone HUNGER for love through out all of the changing seasons of life? Are the fires of love a HUNGER that is banked in some seasons and burning in others?

In the autumn of life there is an aching HUNGER for love that is just as intense in its anguishing loss as any youthful desires, yet unfulfilled.
AUTUMN LOVE –Thomas Bergersen
3min. 50sec.

Eva chose JOURNEY as our Music Theme for this week.
Next week the theme is to be HUNGER.
________________________________
A JOURNEY that has particular relevance, at this time of the year, as we in the Northern Hemisphere enter the tunnel of winter and darkness, is the JOURNEY all inhabitants of our beautiful Blue World make annually around our star in a spiral dance of the cosmic JOURNEY through space and time, beginning and ending in the same eternal moment as the JOURNEY of awareness, itself, the JOURNEY GYRE.
________________________________
In my own small sphere, I have to work to remind myself that the autumn and winter seasons are merely a time of transition, not the end. There is no end to this JOURNEY.
Persephone — Dead Can Dance — Lisa Gerrard
6min. 47sec.

_________________________________
Have you ever embarked upon a journey with a glorious destination that turns out to be  fantasy?  Nowhere are the expected riches or the results that were originally anticipated. Yet the journey itself was of such wonder and freedom that you are changed forever, finding the path followed, the JOURNEY, was all along, the destination.
EL DORADO — Sky World — 2 Steps From Hell
4min. 20sec.

El Dorado The Lost City Gold [FULL DOCUMENTARY …
__________________________________
Can it be that a life begun on the path of an emperor and ending as a laborer can be viewed as a successful JOURNEY? Are there influences on the direction of some lives that are beyond personal control? Does everyone get to choose the particular path that is to be followed?
LUNCH —  The Last Emperor –  Ryuichi Sakamoto, David Byrne and Cong Su
4min. 55sec.

Makara = The Seven Sisters (Pleiades constellation)
http://en.wikipedia.org/wiki/The_Songlines
___________________________________
Is it possible to change the path on which we JOURNEY by changing our selves?  Is that internal change enough? What happens when a selfish life has been lived, and consequences are thought of only when encountering the last gate on life’s JOURNEY? Does it matter what influence current and past actions and attitudes have in the future, as we all die anyway?  Do we have a responsibility for the consequences of what we do or omit to do?
THE FUTURE  —  Leonard Cohen
7min. 10sec.

____________________________________
Are destinations, conclusions, honors, awards,  endings, triumphs, pinnacles, all that there is?  Can these also become locked gates across the direction of one’s JOURNEY?  Should one stop and turn to gaze only on what has already been accomplished?  Is it possible to simply unlatch the gate and continue on, whether or not accolades and congratulations tie one to past goals?  If one has no exact expectations of achievement, what qualities are required to pilgrimage on a path that is, itself, all there is?  Are all lives a pilgrimage?  Are all JOURNEYS  a pilgrimage?
PEREGRINATIO — Irfan
5min. 14 sec.

Lisa has chosen the new theme for Thursday:  “I was thinking distance. I have much to say about that. ”

Hungarian and Portuguese and Dutch and Italian

We have already passed the solstice and though the heat is still building, here in the Northern hemisphere, we are headed towards autumn and harvests. Fist, and in some cases, second cuttings of hay have already been done and many hot crops (water melons) have been harvested already. Second plantings have been done. Mid-summer hottest stuff growing.. beans, okra, peanuts, sweet potatoes, tobacco … and it’s a hot summer …

The insect noises in the piece sound just like the noises of hot summer where I live. the lyrics are inviting a prisoner’s sweetheart to find a good man, not in prison, and to go ahead and marry and to have a good life before it is too late. While the prisoners on the chain gang sweat and work and chant/sing.

What is summer without water, without waves? And if for you, like for me, the ocean is dream of yesterday, and you can’t even get in the sun, for one reason or another, then you can become the waves, the vibrations. For that is what everything is … resonation.

How can anyone get through summer without slaying a few dragons?

Bumble bees, of course, do their work in Summer.

Summer is also a time of fantasy and imagination and myths. Or are myths based on some lost truth? Sea-faring cultures from around the world have stories of mermaids.

Summer seem to enhance the intense nostalgia for childhood home, though the reality may be covered in mist….