This Widow Maker tried to make a widow out of me 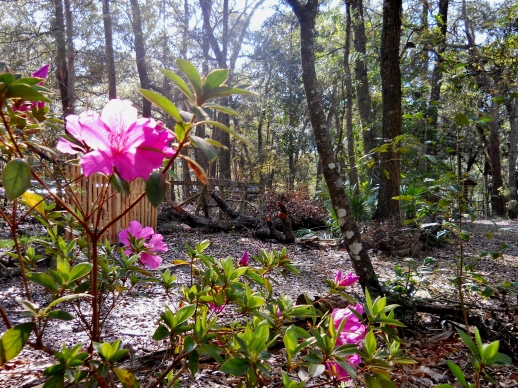 Bear … 03.12.2014 This Widow Maker tried to make a widow out of me.
My husband says it missed him by less than a meter.
No sound, no warning. He felt the rush of air and the
first branches hit the ground as he had just turned
away to go inside.

Bear … 03.11.2014 … Widow Makers are hidden in the branches above, there are some leaning at odd angles, and some have already fallen and lie concealed beneath the water line.

Widow Makers are actually trees and tree branches that shed or fall.  They can be deadly if they land on unwary persons or animals below.  Once fallen, the dead-fall becomes home for wildlife once more., But it also creates obstacles and new hazards on the ground or submerged in water or mud.  During Mother Natures spring cleaning, she sweeps the old dead wood from the forest to the floor.